Where is Vietnam Located - Where Located
Breaking News

Vietnam is located in Southeast Asia. Translated, Vietnam means “country in the south”. Vietnam is 331,210 square kilometers in size and therefore a bit smaller than Germany.

If you look at the map, the country is very long and covers two major climatic zones: tropical climate prevails in the north and subtropical climate in the south. Vietnam stretches from north to south for 1650 kilometers.

The coastline is 3400 kilometers long. For the most part, Vietnam is located on the South China Sea. Only in the south-west the country borders on the Gulf of Thailand.

There are land borders with three states. In the west, Laos and Cambodia border Vietnam, in the north lies China. In the north, Vietnam extends to a maximum width of 600 kilometers, in the south – 350 kilometers. At the narrowest point, it is only 50 kilometers wide.

Vietnam is divided into five major regions. To the south is the Mekong Delta. The Mekong River crosses a total of six Asian countries until it reaches the South China Sea in Vietnam. This region is fertile and many people live here.

To the northeast of the delta is Ho Chi Minh City, a city formerly known as Saigon. Although the city is officially no longer called that way, the Vietnamese still call it that way to this day. Saigon is shorter than Ho Chi Minh City and easier to pronounce. You can also see where it is located at the top of the map. 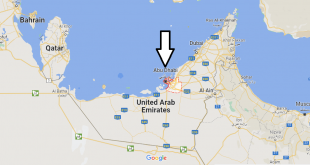