Where is the Grand Canyon Located - Where Located
Breaking News

Where is the Grand Canyon Located 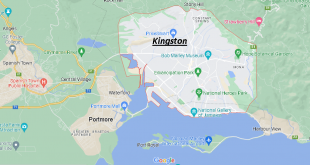 Where is Kingston Located 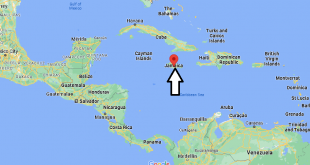 Where is Jamaica Located 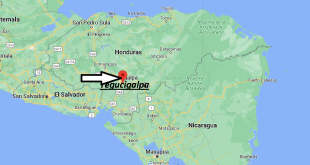 Where is Tegucigalpa Located

Where is the Grand Canyon located exactly?

The Grand Canyon is a large canyon in the Grand Canyon National Park in Arizona in the United States. 3000 years ago, the gorge was first settled by Indians, which can be seen in wall paintings today. Later in the 16th century it was discovered for the first time by Europeans.

The Colorado River, a river in the canyon, has been digging through the rock of the Grand Canyon for many millions of years. So he finally created the gorge known to us today. The water slowly abraded the rock and washed it away. The river used to be larger, but a dam was built in 1964 to hold up much of the water.

The opposite edges of the gorge are sometimes up to 20 kilometers apart. In some places, the gorge is up to 1800 meters deep, that is, almost two kilometers. The Grand Canyon is one of the most famous sights in the USA. Every year about 5 million vacationers visit him.

Huge, colorful and definitely one of the most powerful and inspiring landscapes on Earth. The Grand Canyon is rightly considered a natural wonder and offers countless opportunities to spend some unforgettable hours and days in life. But the Grand Canyon National Park in the southwestern United States has so much more to offer than it seems at first glance.

The climate in the Grand Canyon National Park is typical for this area in the southwestern United States. However, due to the differences in altitude, there are significant temperature differences between the gorge and the edges, between the north and south edges and also between day and night.

From November to March there are regularly rather cold temperatures, sometimes even below zero. In the south of the gorge, snow can also fall up to 1.5 meters in winter. The coldest month is January, while in July temperatures above 40 degrees Celsius have already been measured in the gorge. The average temperature in the summer months is over 30 degrees. Then it is also very dry with many hours of sunshine.

Precipitation falls significantly more on the northern edge than on the southern edge. Even in summer, you should expect precipitation especially in the afternoon. Spring is considered the best time to travel, but it is also very beautiful in the national park in autumn. In summer, on the other hand, it is often very hot and crowded.

There are deeper and narrower valleys on Earth, but no other is as famous as the Grand Canyon. The superlatives extend over an enormous area here: unique rock formations, grandiose lighting moods and the enormous originality of nature.

40 to 50 million years ago, the land was lifted by tectonic pressure, by the collision of two plates of the Earth. Surprisingly, during the survey, the rock layers of the plateau remained almost untouched and continued to be stored horizontally.

The Grand Canyon National Park is one of the greatest natural wonders on Earth. in 1979 he was included in the UNESCO World Natural Heritage List. The breathtaking gorge, up to 1.6 km deep and a total of 446 km long, which the Colorado River has created here over millions of years, is just waiting to be explored. You can explore the canyon on foot, by helicopter, by mule, on a whitewater trip or in a jeep. If you have even less time, you can also fly over the canyon by plane from Las Vegas. The range of activities around this enormous natural wonder seems almost inexhaustible. Visitors who just want to enjoy a beautiful view, there are numerous viewpoints along the edge available. 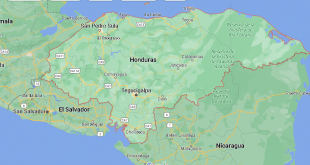 Where is Honduras Located

Which country is Honduras located? Honduras is located in Central America, at the widest point …