Where is the Appendix Located - Where Located
Breaking News 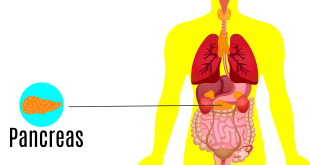 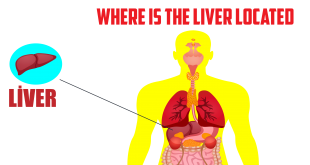 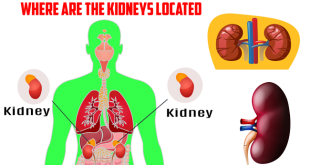 The vermiform appendix or appendix for short is a worm-like protuberance of the caecum, about 10 cm long, which consists mostly of lymphatic tissue.

The appendix is localized in the lower right quadrant of the abdomen in the iliac fossa. The diameter of the organ is about 6-7 mm. The base of the appendix is located about 2 cm below the ileocecal valve. At the entrance, the Ostium appendicis vermiformis, you will find the Gerlach flap.

The length of the appendix is very variable – it can range from 2-20 cm. The same applies to the location of the appendix in the abdominal cavity. Most often they are found retrocecally. It can either be retroperitoneal or have its own mesoappendix (mesenteriolum).

Arterial supply is carried out through the appendicular artery from the ileocolic artery of the superior mesenteric artery.

Where does appendicitis occur?

As a rule, patients initially complain of abdominal pain in general, these include, for example, a nonspecific pulling in the upper abdomen or diffuse pain around the navel. Therefore, those affected first think of an upset stomach and suspect that they have eaten something wrong. Only in the further course of the pain process shifts to the right lower abdomen. Under certain circumstances, the pain radiates to the other half of the abdomen or to the entire abdomen – here it also depends on the exact location of the appendix.

If appendicitis occurs, the appendix (vermiform appendix), a small appendage on the cecum section of the colon, has become inflamed. The disease shows different forms of progression. A simple, phlegmonous inflammation is distinguished from a complicated, perforating or gangrenous form. Without medical treatment, the disease can be life-threatening in the advanced stage and, in the worst case, lead to a breakthrough of the appendix.

The vermiform process is often mistakenly called the appendix in the people. The vermiform appendix is located in the lower right quadrant of the abdomen as the exit point of the caecum below the ileocecal valve (valva ileocaecalis), the functional closure between the large and small intestine.

The vermiform appendix (vermiform appendix, clinical: appendix) is a lymphatic muscular hollow organ. Although it is part of the digestive system, its primary function is to provide an immunoactive environment.

It is not involved in the absorption of water or nutrients, so it is also called the intestinal tonsil.

Previous Where is Singapore Located
Next Where is Dubai Located