Where is Niamey Located - Where Located
Breaking News

Niamey is located on the Niger River, which runs through the country in the far west. Once the city consisted only of small villages, which lined up right and left along the Niger River. In the 20th century, the villages were merged into one city by the then colonial power France.

Which country is Niamey?

Today, Niamey is the most populous city in Niger with over one million inhabitants. And since the independence of Niger, it has also been the capital of the country. It is the political, economic and cultural center of the country. This was not always the case. In the past, the old cities of Zinder and Agadez were the economic centers. But that has changed since the French colonial era. The Niger was the most important trade route in West Africa. Therefore, the French colonial power merged small fishing villages on the Niger into a larger administrative community. Since the independence of Niger in 1960, Niamey became the capital of the country. Today you can still see that the city consists of villages. High-rise buildings are rare, clay buildings determine the cityscape.

Niger is a landlocked country in West Africa. It is the sixth largest country on the continent. It stretches from the middle reaches of the Niger River in the southwest across the Sahel to the Sahara to the northeast.
Most of the country is occupied by vast plains with a desert character. The Aïr Mountains rise from them in the Sahara with altitudes of up to 2310 m. Niger has a semi-arid to fully arid climate. In the southern part of the country there is a rainy season only between May and October. Throughout the country it is hot and mostly dry. Dry savannas, thorn bush savannas and semi-deserts cover the country.
Niger is a multi-ethnic state. The Hausa are the largest ethnic group with about 54% of the population. The Berber people of the Tuareg still travel through the Sahara and the Sahel region today. Niger is very sparsely populated. It is one of the poorest countries in the world. The economy is based on agriculture. It is restricted to the Niger region in the south. Niger has uranium deposits that are mined. The industry is poorly developed.

What is Niamey known for?
Was Nigeria part of Niger?
How old is Niamey? 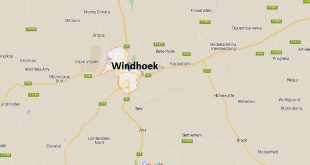