Where is Majuro Located - Where Located
Breaking News

Where is Majuro Located 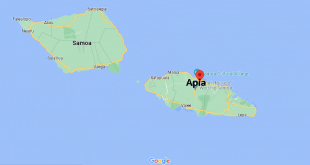 Where is Apia Located 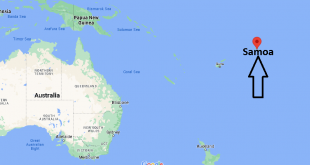 Where is Samoa Located

Where is Port Moresby Located

Which country is Majuro in?

Majuro is the capital of the Marshall Islands, a republic in the western Pacific Ocean. The island chain includes over 1220 islands and almost 900 reefs, which extend over an area of almost two million square kilometers. The actual land area of the Marshall Islands is only 181 square kilometers. Majuro is located on Majuro Atoll and is home to all government buildings as well as many shops, offices and leisure facilities.

The first Europeans in the Marshall Islands were Spanish sailors in the 16th century. But it was not until the English captain John Marshall visited the islands in 1788 that they became interesting to European colonialists. Finally, in 1886, Germany took over the sovereign rights, in 1906 the Marshall Islands officially became part of the colony of German New Guinea. After the Japanese conquest in the First World War, the islands were taken by the United States in the Second World War and also administered by the Americans on behalf of the United Nations until 1990. Since 1990, the island state has been an independent republic.

Is Majuro Marshall Islands a U.S. territory?
Where Marshall island is located?
What is Majuro famous for?

Where is Papua New Guinea Located

Papua New Guinea is an island country, the third largest in the world. Only Indonesia …